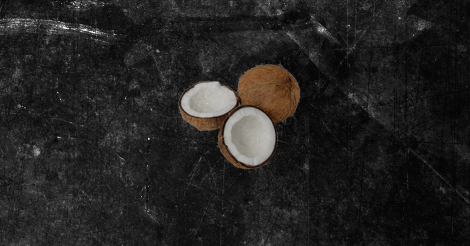 The other day I was discussing with Amma and Achan, who had come over to take care of a bedridden me, the weapons that were used over the years for warfare in our home. The list that I could recollect involved a saucepan and a curtain rod. They refused to accept it and attributed it to the fermentation of my memories over the years. When I called up Gingi to check with her, she also couldn’t remember these two but she went on to add a bamboo flower vase to the list. However the most unique weapon, that I remember slightly and everyone else clearly remembers, on the list was what I had used on Gingi when I was three or two and she was seven.

Gingi shares her birthday with Mike Tyson. She also throws punches like Mike Tyson and excels in round 1 KO’s. During the green years she probably visualized me as a punching bag walking around on two legs. I think she must have seen me as a punching bag wrapped in towels when she saw me for the first time in the hospital. But there have been some rare occasions when I managed to give back what I’ve taken.

The year was 1990. Tokyo had just witnessed the biggest upset in the history of heavyweight championship fights. The previously undefeated Tyson was knocked out by James ‘Buster’ Douglas in a match that lasted ten rounds. Disclaimer: I don’t follow boxing but I like reading Wikipedia. Sometime later in the year in a single bedroom house in Trivandrum, on a Sunday night, Gingi was studying for her Malayalam test paper under the supervision of Amma. I was trying to get some sleep but was tossing about as the light was still on. School and test papers were alien concepts to me then. Now and then I kept asking if the lights could be switched off. They ignored me. Agitated, I started crawling about the bed and then I started probing under it and found something interesting.

After a while Gingi heard screeching, ‘Light off cheyyyyyyyy’, felt a sharp blow and then there was momentary darkness. Eventually when the twinkling in her eyes cleared up she saw me standing there with a coconut in my hand.

I know it was not a fair fight. It was not even a fight. It was just me hitting my elder and much bigger sibling on the head with a coconut. I am not proud of it. But then she turned out alright and went on to reenact it on me multiple times sans the coconut. I guess we’re even now though I sometimes get the feeling that my niece is being trained to repeat history. 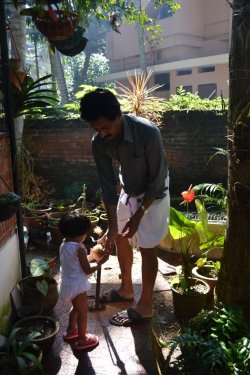