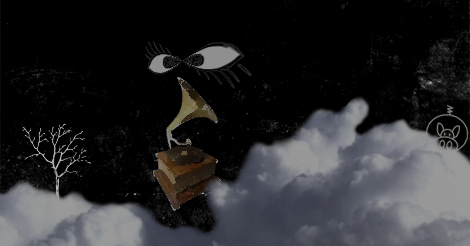 Despite the large dimensions of my nose, I am not good at smelling anything. Except jackfruit. I, like the rest of tropical humanity, can tell when there is a jackfruit anywhere within a 5 kilometer radius. And once I smell it, I book my tickets and leave the country. Okay, no. But in 2012 I decided to leave my job and go for higher studies 2200 kilometers away from home because the jackfruit tree (jack tree?) at home started bearing fruits. Of course, I couldn’t tell this to my previous employer during my exit interview and definitely not in my MICA interview.

In hindsight, I feel that the tree was my parents’ long term plan to avoid asking me to move out and stop hogging their couch, refusing to budge when guests came over and put an end to my loitering in the lane on weekends, trying to befriend random stray cats, resulting in tetanus shots.

Having an oddly shaped nose has its own ill effects. People who have this habit of swinging imaginary punches underestimate the reach of my nose and I end up getting punched. These are acquaintances to whom I’ve been mostly harmless and so I would like to believe that my nose is to be blamed for these miscalculations. But the real annoying side effect of the nose is that, the way I see this world is always partly obstructed by it. It stands between me and every scenic landscape, partially blocking majestic mountains and tranquil sunsets. It also distracts me every time someone starts talking to me. As they start talking, I suddenly see my nose in the way and my eyes glaze over.

Though there are these mild inconveniences, this nose is an heirloom potato. It is in the very likeness of my late grandfather’s nose and it looks like something that would grow on a plant rather than being attached to a face. My grandmother was the one who pointed it out, the resemblance part. Not the potato bit. She had a better descriptor for it- the gramophone nose. At least it sounded classier than my potato analogy.

The nose is distracting me from typing more.