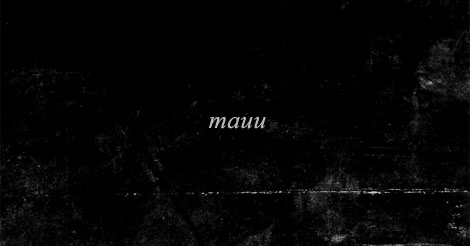 What can you say about a cat who can never die? That he is psychotic. And extremely disturbed. That he loves sardines and tuna. And beetles. And Sushmita Sen.

The Poocha was one of those gigantic ginger cats who strutted around like he ruled the world. He was so extraordinarily good-looking that Molly chechi and other ladies in the Arappura Residential Area giggled when he strutted by. However, Raavanaprabhu (another psycho but ugly cat in the ‘hood) ate half of his face possibly out of jealousy, towards the latter part of 2003. Still the remaining half used to make the ladies swoon because it was not creepy at all. One day when my cousin came over and saw The Poocha, he whispered to Achan in respect, ‘Maamaaaaa, ith poocha alla. Simham aan.’ Translation: ‘Unclllllle, this is no cat! This is a lion!’

Amma loved The Poocha over Gingi and me. One day I was coming down the stairs and there they were; Amma sitting on the sofa and combing The Poocha’s golden fur. With my comb. Amma asked me to get a new comb for myself and continued to comb The Poocha. What the hell!

In other news, there are some life lessons I learnt from The Poocha. Cat fart does not induce Major Boobage hallucinations. It just burns your brain and leaves you olfactorily challenged for the next couple of years. I was curled up on one half of the couch and sleeping, and The Poocha was curled up on the other half. Then he stretched and thought it would be a good time to fart on my face. Yes, that is the explanation for my traumatized childhood. That and Udit Narayan trying to sing Malayalam songs.

The Poocha was so much of an asshole that he used to slap our doberman. Regularly. But then there was a time he scared away a snake by just sniffing its face. You know, just walked up to the snake bored, yawning and sniffed it. The snake turned around and slithered away as if it has been kissed by the Pope.

In spite of all this The Poocha was a good father. Once he got a chance to have kids with Sushmita (the pretty loony cat who used to hang out with Rakshasarajavu – the local male chauvinist douchecat and archenemy of both The Poocha and Raavanaprabhu the Face-eater). The kittens were on our terrace and The Poocha was on his way to visit them.  Considering the violent streak this creature had I thought he was going to eat the kittens and considering what followed The Poocha must have thought I was going to eat the kittens. I tried to stop The Poocha from going to the terrace and The Poocha tried to eat my leg. I still have the scars from that battle. Anyway, over the next few days I got to see some awwww parenting moments with the kittens (Brett lee, Glenn McGrath, Shoaib Akhtar and Anil Kumble) playing piggyback on The Poocha.

The best thing about The Poocha was he didn’t die on us. He just left one fine day. Turned up again in the middle of the night a year later; spent a few days with us and left never to return. Open endings are always the best.