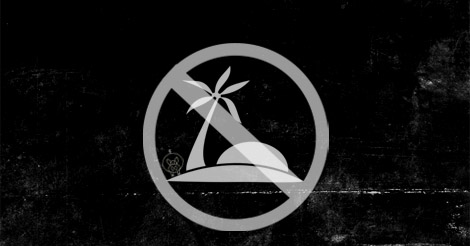 I know thousands of words have already been written by many a frustrated folk trying to protest against regional stereotypes and explaining how South India is not a landmass bound together by a homogenous sambhaar culture. Heck, there are more than three types of sambhaar in the state of Kerala itself. So, this is not an exercise in cultural myth busting since I am ignorant of most of the non-myths myself. I am merely stating some of the eye-roll-inducing personal experiences I have had in the past few months, along with some trivia.

So, this is from the distant past that was Term 1 when I was still managing to get up for breakfast regularly. One gloomy morning as I was dragging my groggy self to the mess, some bubbly person jumps out of nowhere and congratulates me because they’re serving Ootthappam in the mess and goes on to say something like ‘Go South India!’

Ootthappam does not fill me with regional pride.

Before coming to Ahmedabad, I’ve attempted to consume Ootthappam only once in my life.

I am not sure who invented Ootthappam but during the two decades and almost a half I spent at home, not once did Ootthappam feature itself on the breakfast/lunch/dinner menu.

When my parents came to drop me off at the campus, they saw Ootthappam being served for snacks; they saw the look on my face and offered to take me back home.

Generally, I do not feel like congratulating random people when Paneer or Parathas are being served in the mess and go ‘Bharat Mata ki jai!’

Yet another Market Research class and the prof. is showing the map of India with the distribution of television colour coded across each state. There seems to be a high concentration of television sets across the southern states and he is asking why this could be. Then someone suggests that this could be because in South India politicians give away free televisions to all households.

No one ever gave me a free television.

When I wanted a television for my room, I had to pay a princely sum of Rs. 500 (which was the exchange rate the TV store guy offered as well) and buy the Keltron TV that shares the same manufacturing date as me, from my parents. Okay, the fact that they had to spend around 2k to fix it before handing it over to me is a story for some other time.

There are lots of TV’s in Kerala because people like to buy TV’s for viewing or whatever purposes.

The scene shifts back to the mess. I am standing in the queue for lunch, zoned out as usual. I can faintly hear someone calling out to someone ahead and asking what is there for lunch. Then I hear the puzzling set of words. “I dunno man, it’s some South Indian vegetable.” South Indian vegetable? What could that be? Maybe, they are talking about Avial. I move ahead and I see what looks like some pre-digested mixture of mutant cabbage and okra. I am pretty sure that my floral lungi and fishnet banyan clad ancestors did not come up with that.

Cabbage came to India from the Mediterranean. The origin of pre-digested mutant cabbage is still under debate.

It’s term break and I am strolling around my house, looking at coconut trees and doing other South Indian stuff. I get a call from my friend, who is from Calcutta.

Point to remember/Things to Do: Next time I go to Bihar, Assam, Jharkhand or Orissa, remember to call her up all excited and tell her I’m in her land.

PS: Rushabh, I really wanted to write an enlightening article about the states in South India like you said, describing how different they are from each other. But I guess I would like to spend some more time answering questions on the combination of burger and sambhaar which is allegedly the rage in South India.

6 thoughts on “The United States of South India”